Last year I stumbled on a youtube video showing a man dressed up as Captain Jack Sparrow, and decided that this is the one guy I want to take photos of and make some movielike posters. I love everything about the Pirates of the Caribbean movies, especially the movie posters of the whole series.

In reality, Cardiff Jack Sparrow is a lookalike of the famous pirate character, portrayed in this case by Terry Cooper, an actor based in Cardiff. And HE IS AWESOME! Not only does he have all the bells and whistles to portray Jack Sparrow but his voice and acting in character are just perfect.

So .. I contacted the guy and after few months trying to find a perfect time for the photoshoot we booked the day and off we went.

Since I dont have my own studio here in Cardiff I decided to go ahead with basic solution. I will use my garage for the photoshoot. This way I can also show that you dont need lots of space and gear to make these kind of images. I is just about knowing how to work what you got. 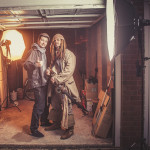 Setup was basicly two light setup with bit of gels to get that right mood to the images straight from the camera. Used Canon 5D MK II frame with 24-105 4L lens. My flashes are Godox Witstro 360 bare bulp flashes. Another flash with umbrella to the back to give bit of kick / edgelight (with gel), and the mainlight with bigger octabox to the front. So in a way I want also show that you dont need 10.000k worth of gear and lights etc to make great pictures. It is about the idea and execution with what you got.

And then it was showtime. Terry got into the character and started acting as Jack Sparrow in different poses. I had already few shots in my head so we did those and lots of more.

I also wanted to create this never seen scene where Jack Sparrow escapes Rurunners Isle with sea turtles. I thought it would be just so funny to put this image out there and see the reactions 😀 The scene was never shown, so nobody knows how Jack escaped that Island, but this is my take on the subject 😀

So All in all, the photoshoot was just fun and I got a new friend from Terry! I wish him all the best and be sure to check out his website. the new pictures should be going there soon!

I’ve been costuming as Jack Sparrow since 2007, when I was invited to a friend’s party. The theme was pirates, and because I’m something of an impressionist, I decided to go as Jack Sparrow. I put together a very quick costume out of everyday clothes and a few bits and pieces from ebay, and the outfit was a big success, especially as I stayed in character all the time. Not long after, I joined the UK Garrison, a Star Wars costuming charity, and the attention to movie accurate costumes made me consider making a better Jack Sparrow outfit. I upgraded it piece by piece over time and now, although it’s still not 100% perfect, it’s good enough in most people’s eyes to look the part.

It takes me about an hour to transform into Jack, as I don’t really look much like Johnny Depp, believe it or not! I have to make sure my beard and moustache stays in the right shape and length, and I’ve gotten quite used to buying mascara, fake tan and eyeliner!

When I appear in public as Jack, I do my best to stay as close to the character as possible, and that includes the walk, the voice and the movements, and facial expressions. It’s an added surprise when people hear my voice as they don’t always expect to hear the voice of Jack coming out! People of all ages love the character, from youngsters to OAP’s. It’s a character that’s instantly recognisable, iconic and entertaining. I’ve met so many people and been all over the place as Jack, and I’d never say or do anything to inappropriate that might bring the name and the character into disrepute.

When I heard that Antti Karppinen wanted to take some photos of me in costume, I looked at his work and was amazed at the amount of work that goes into each image. Some friends of mine also feature in his photographs, and they have all had the star treatment – the finished pictures look very surreal, as if they were oil paintings, like the movie posters of the past.

Antti works with the experienced eye of a professional. His attention to the smallest detail from the camera angles to the light settings and directing me into a pose that looks good, all helps to create a photo that, once subjected to hours of retouching and digital enhancement, will elevate it to a piece of art. No longer is it a man in a costume, it’s a highly finished fantasy portrait that comes straight out of a dream. I’ve been amazed at how the images turned out and everyone who sees them is blown away. 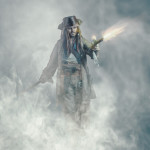 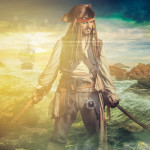 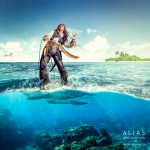 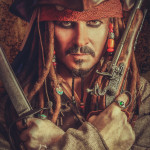 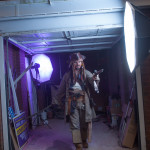 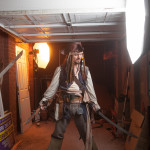 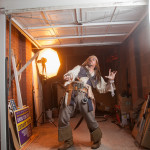 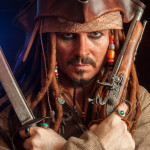 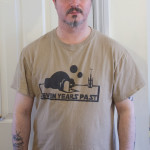