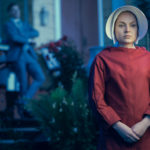 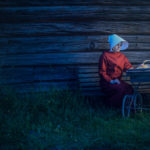 You can only be jealous of someone who has something you think you ought to have yourself. 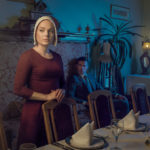 Better never means better for everyone… It always means worse, for some. 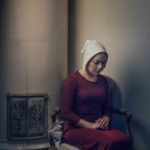 Pain marks you, but too deep to see. Out of sight, out of mind. 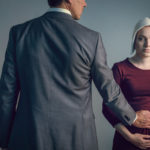 I am not your justification for existence. 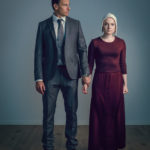 I am alive, I live, I breathe, I put my hand out, unfolded, into the sunlight. 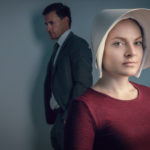 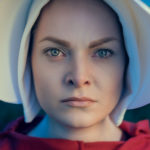 Capturing a feeling on the film, relaying an emotion with a camera. This is what great movies do, and this is what I aspire to do with my images. This is probably also why I’m so keen on making movie themed images, which I consider to be a form of art trying to express the mood of the film with one single picture. Now, imagine me watching a powerful and strikingly visual tv-production… I cannot help it, I need to try out if I can express the same emotions through my work.

This project also got me thinking about the difference between “photography” and what I do. A great photograph is usually considered to be an accurate, often beautiful repetition of reality. For me, creating an image is more like a movie production where I’m the director having a vision and bringing all the components together rather than the cinematographer behind the camera dealing with the technical aspects of making the shots. In my work also the end result is not necessarily a depiction of reality but an expression of what could be.

This time it was the dystopian world imagined by Margaret Atwood in her television adaptation HBO/Hulu hit series The Handmaid’s Tale. If you haven’t seen it yet, you should, because both the visuals and the story are haunting. The storyline seems impossible, unbelievable, even ridiculous: a story of a woman living in a patriarchal society with only men having access to education and holding political positions, where women are regarded as second-class citizens. They are not allowed to hold any property, vote, be employed or even read or write. All fertile women are assigned to be slaves to a high-class family where their duty is to get pregnant by the men and provide them with a child. Not possible, right?

A society where religion is used to justify all the terrible things people do to each other, where the laws are strict and breaking them is punished ruthlessly. A world where media is censored and being replaced with propaganda to shove ideals and values to the throats of the citizens. Not possible….right?

This is the story taking place in the imaginary Republic of Gilead, but there are eerily familiar echoes of our world today. It is downright scary to think that a totalitarian region like Gilead could actually happen somewhere and that even a safe country with western values like Finland could be brainwashed to trade out its core values. We already have countries led by bigotry leaders corrupted by unlimited power, running only their agenda, disrespecting women, suppressing minorities and trying to stop media from reporting it –like straight from the regime of Gilead. I hope that this kind of dystopian future is never going to happen, and seeing the warning signs will turn us toward more tolerable and equal future instead. We all want to live in a world where people can be fully in charge of their own bodies, dreams and hopes. It is possible, right?

Better never means better for everyone… It always means worse, for some.

The story really got under my skin, and you can see from the images that the photo shoot was emotional also to my models Laura and Karri. I know how strong a single image can be, and I hope that the distressing feeling of Gilead carries through from the images even for people who have not seen the TV-show, after all the story is about the universal themes of domestic abuse, rape, loneliness, depression, religion, corruption by power, infertility… but also empowerment, resilience and silent resistance. Even though this series of images is not delightful, I hope that the last image will leave you with one of the most important messages of the Handmaids Tale: