Have you ever seen a figure of a woman in front of a ship? Ever wondered what’s that about? Well I have, and found out that the figureheads were popular with the early sailors because the ships were treated as a living thing. A figurehead was supposed to protect the vessel at the sea, find the way across the water and calm the seas. The ships were considered to be female, so the figureheads were generally women, often pictured with a sword and a dove… and just like that, this random thought and a google search turned into an idea of an image. 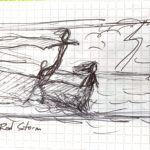 Sketch of the image 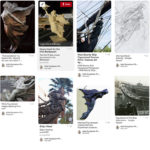 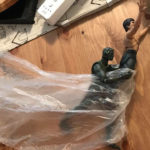 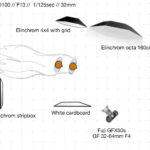 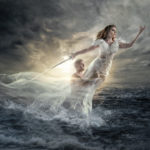 The idea of a woman in front of the boat, releasing a bird to look for land and leading the way to home brewed in the back of my head for a couple of years before it was the right time to bring it into reality. For this project, I drew inspiration also from the works of DDiarte and dance-themed images of talented friend Amber Griffin. My idea was to portray a couple as a ship on a stormy sea; man holding a woman who is on the lookout for their safe haven beyond the stormy waters. To make things perfect, I was very lucky to find a dancer couple capable of doing the lift to model for me! Brings another level of depth and meaning into the image to know that the partnership (pun intended) shown in the picture is real.

This image here is more or less what I think a relationship (pun intended again) is: like a vessel on a stormy sea. Sometimes you have good weather, sometimes bad weather, and sometimes you get totally lost and need each other to get safely back to your harbor.